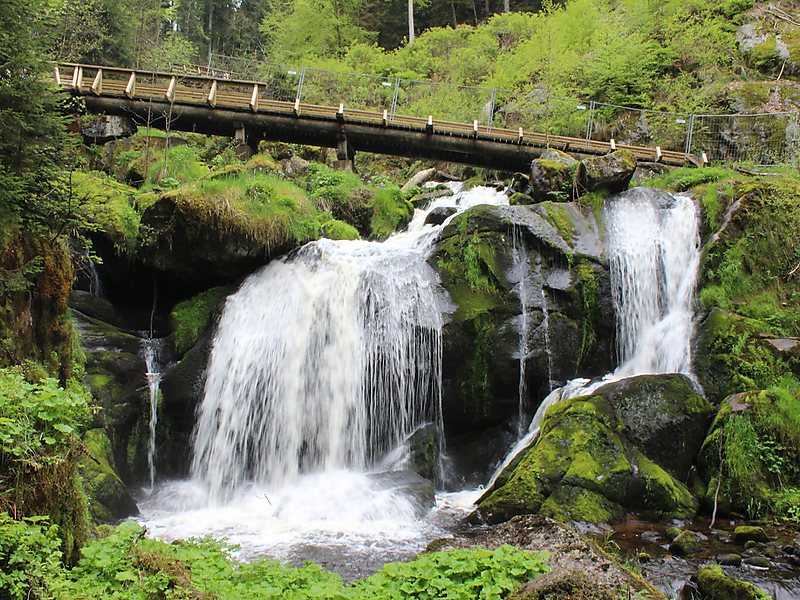 A natural spectacle of a special kind are Germany’s highest waterfalls in Triberg. Foaming and roaring, the water of the Gutach falls down 163 m. On the paths along the seven falls you will experience a grandiose natural spectacle.

The Black Forest Open-Air Museum Vogtsbauernhof in Gutach is the oldest open-air museum in Baden-Württemberg. It depicts the life, living and working of the people in the Black Forest in the last centuries.

Opening hours
Monday to Sunday from 9 to 18 o’clock, last admission until 17 o’clock

The Schlossberg subsequently experienced a very eventful history. Between 1641 and 1689 the castle was burned down by the Swedes and several times by the French. In 1801 the entire castle complex became Baden property, in 1810 the whole of Hornberg and its districts became Baden.

Today the 30 m high castle tower, the powder tower, the viewing roundel and the “New Castle” (today Hotel Schloss Hornberg), which was built at the end of the 19th century, are still preserved and offer a wonderful view of the Gutach valley.

It is the largest cuckoo clock in the world, an award that has been presented since 1997. It has become the main focus of the Eble Uhren-Park in Germany.
The local clockmakers Ewald and Ralf Eble presented their craftsmanship in the production of this massive cuckoo clock. They followed centuries-old blueprints to build a clock in the traditional Black Forest craftsmanship – but the clock is 60 times larger. The dimensions are impressive: the clockwork is 15 meters tall and weighs 6 tons. The cuckoo itself weighs 330 pounds and the pendulum is 26 feet long. The cuckoo clock in Triberg-Schonach rings twice an hour. Each time the call comes from 13 meter long pipes. 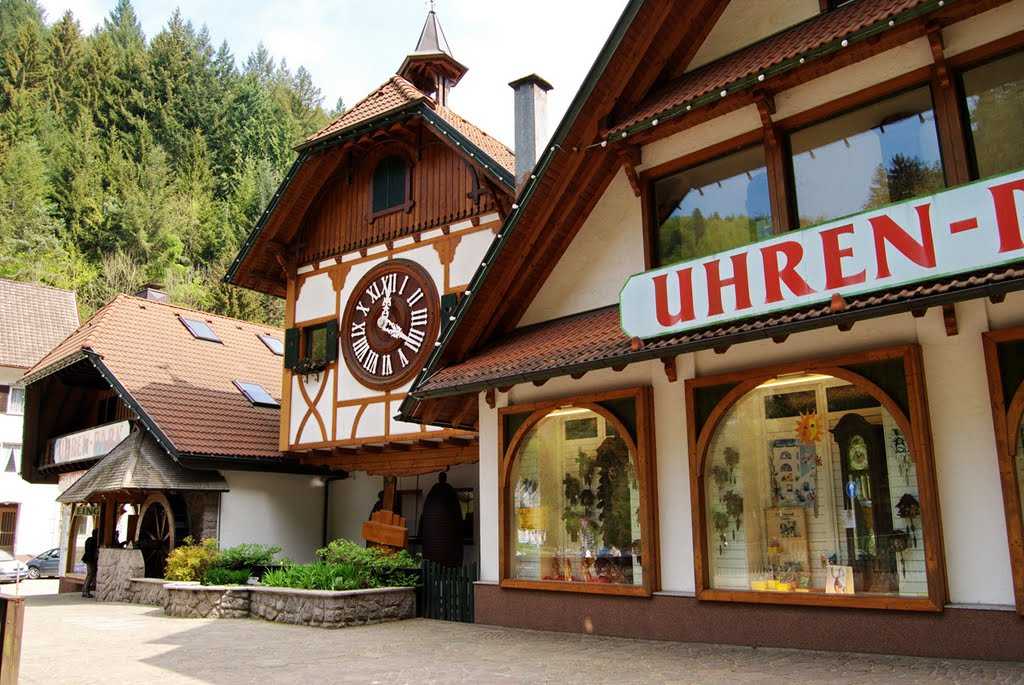 Arrive and take the bus and train free of charge for a walk, a discovery tour or a shopping trip: This is what the unique KONUS guest card stands for. It is a free ticket for buses and trains in the Black Forest holiday region, from Pforzheim to Basel, Karlsruhe to Waldshut, criss-crossing nine transport associations - as often as you like during your holiday and completely free! So no one has to worry about fare and tickets.

This website uses cookies to improve your experience while you navigate through the website. Out of these cookies, the cookies that are categorized as necessary are stored on your browser as they are essential for the working of basic functionalities of the website. We also use third-party cookies that help us analyze and understand how you use this website. These cookies will be stored in your browser only with your consent. You also have the option to opt-out of these cookies. But opting out of some of these cookies may have an effect on your browsing experience.
Necessary Always Enabled
Necessary cookies are absolutely essential for the website to function properly. This category only includes cookies that ensures basic functionalities and security features of the website. These cookies do not store any personal information.
Non-necessary
Any cookies that may not be particularly necessary for the website to function and is used specifically to collect user personal data via analytics, ads, other embedded contents are termed as non-necessary cookies. It is mandatory to procure user consent prior to running these cookies on your website.
SAVE & ACCEPT